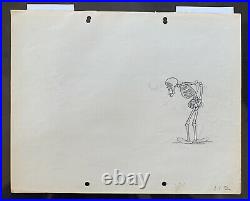 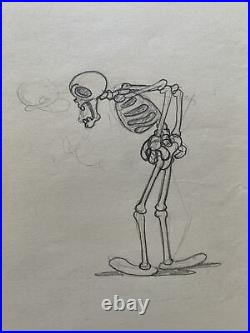 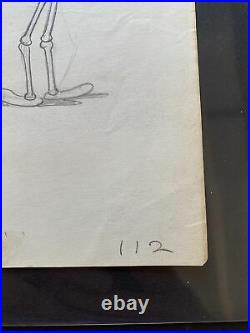 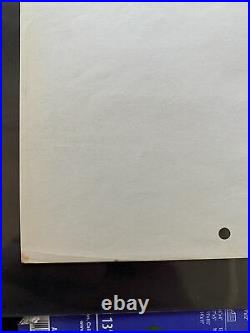 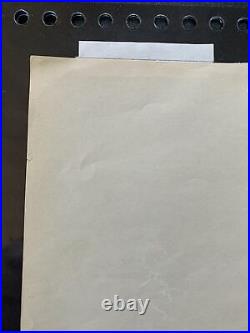 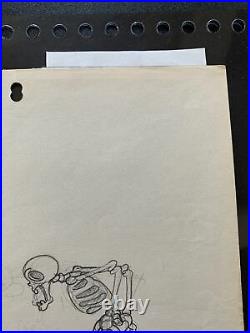 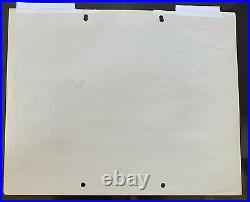 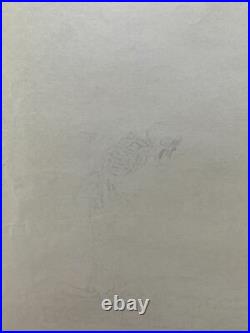 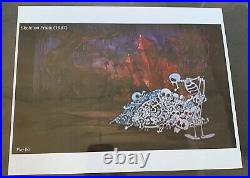 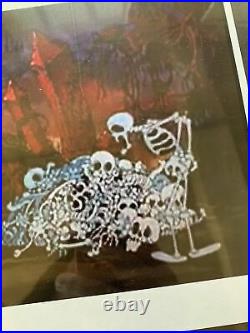 The cartoon was produced by the Ub Iwerks' studio for Columbia's Color Rhapsodies series and released in 1937. The short was directed by former Disney animator, Ub Iwerks. Ub dusts off the old skeletons from his early-Disney days and puts them to work at Columbia Pictures with a graveyard awash with spooky owls and bats when skeletons begin to rise from their graves and form a loosely-jointed band.

From 1937 is comparable to Walt Disney's 1929. Both feature many similar scenes, including: a church at night in a wind storm, when the bell rings, bats fly towards the camera, a skeleton playing the xylophone with another skeleton's ribcage, and skeletons throw their heads at an animal -- a cat, instead of an owl. The drawing in this lot was rendered in graphite on 12 field, 2-hole animation paper and noted as number 112 in the lower right corner. You can see this image around the 6:39 time mark. Included is a screen grab copy. This is a great piece of Ub Iwerks studios artwork and would be a fantastic acquisition for any serious collector of animation art.

Paper has been punched on top and bottom. Minor edge wear with age-related toning. This item is in the category "Collectibles\Animation Art & Merchandise\Animation Art".

The seller is "home_and_bored" and is located in this country: US. This item can be shipped to United States.