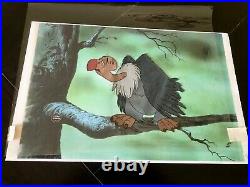 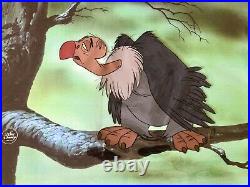 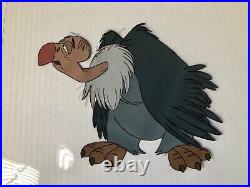 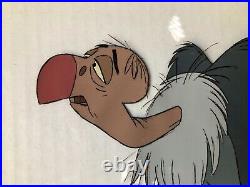 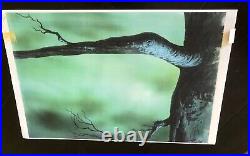 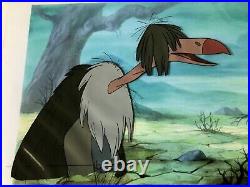 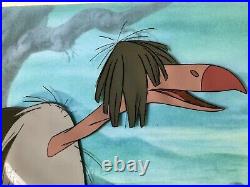 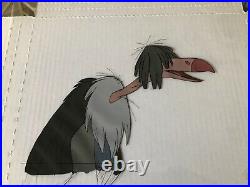 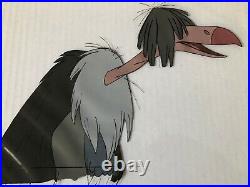 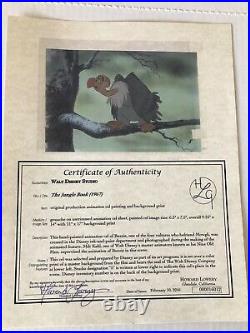 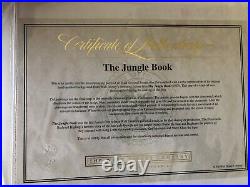 Then you say,'I don't know. What do you wanna do?

Dizzy and Buzzy, the vultures of Disney's 1967 animated feature hit. Are featured here in these two magnificent and large hand-painted original production cels. Seen at the 1:03:20 mark and the 1:01:50 mark of the film respectively, these mop-topped characters inspired by The Beatles were originally planned to be voiced by the legendary band, but at that time John Lennon refused to work on animated films which led to the idea being discarded. Dizzy (the one with the extra-long hair) measures 9.5" x 7" on his 16 field cel, and Buzzy is 7.75" x 6.5" on his 16 field cel.

They are numbered 3 and 5 in the lower right corners, and the cels contain a Walt Disney seal. They each come with Walt Disney Certificates of Authenticity, and they are taped to printed backgrounds for presentation purposes. The item "THE JUNGLE BOOK Production Animation Cels of BUZZIE and DIZZY 2 Cels 1967 RARE" is in sale since Saturday, February 20, 2021. This item is in the category "Collectibles\Animation Art & Characters\Animation Art\Production Art".