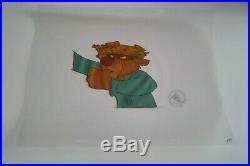 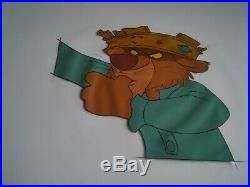 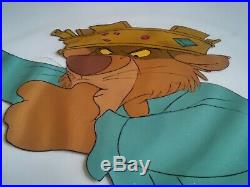 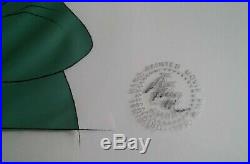 This cel shows Prince John sucking his thumb which he has a habit of doing whenever someone mentions his mother. The image of Prince John is approximately 6 1/2 inches tall. The entire cel measures approximately 16 inches x 12 1/2 inches. A Disney seal is on the lower right side of the cel. Item comes from a smoke-free and pet-free environment.

This item is in the category "Collectibles\Animation Art & Characters\Animation Art\Production Art". The seller is "too2muchstuff" and is located in Bedminster, Pennsylvania. This item can be shipped to United States.