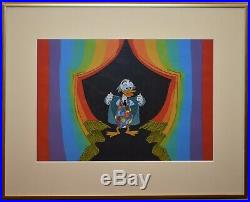 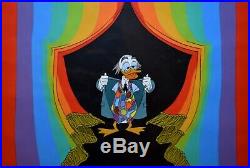 Year : 1961 Character: Ludwig Von Drake Edition: One of a Kind Framed: Yes Size: 17 1/4" x 20 3/4" framed. Ludwig measures 6 inches tall. A certificate of authenticity guaranteeing the authenticity of this artwork for life will be issued by Georgetown Frame Shoppe. This work of art was authenticated by Peter Bortz, gallery owner of Georgetown Frame Shoppe. Peter Bortz has been an animation art dealer since 1989.

Animation Sensations can accept your offer, reject it, or make a counteroffer. For anywhere in the U. The item "Original Walt Disney Production Cel featuring Ludwig von Drake" is in sale since Wednesday, February 27, 2019.