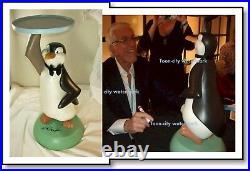 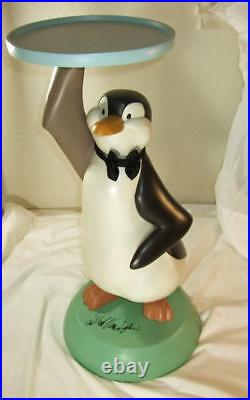 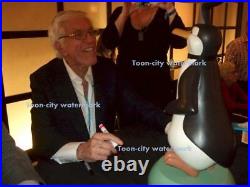 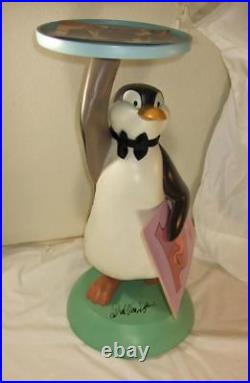 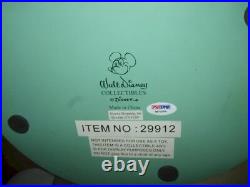 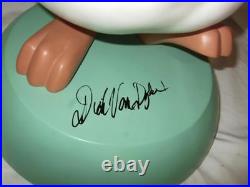 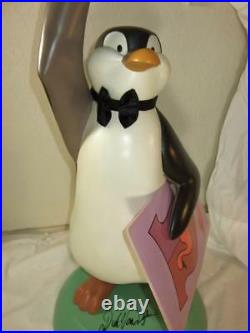 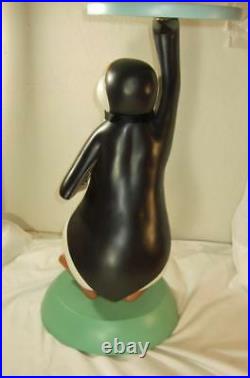 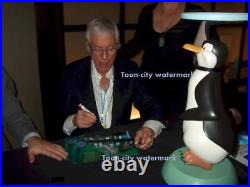 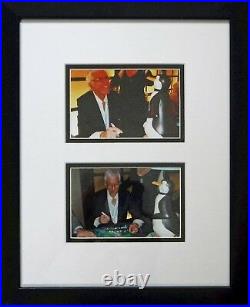 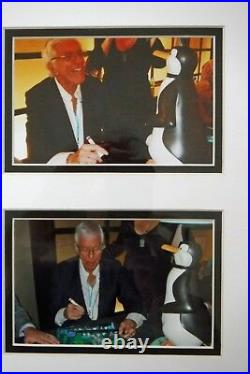 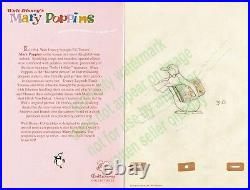 Big Fig limited edition of 250. This one is the ONLY one signed by Dick Van Dyke. Please checkout of Signed Mary Poppins cel. Several of these dishonest sellers have stolen my listing code. I've asked them to stop using my code/copy.....

So how trustworthy can they be???? One of the rarest Disney Big Figs ever made. I acquired this one in the early 2000s. Just got it back from a shop, that specializes in China, Porcelain lladro figurines and Disney figurines.

They gave this figure a'tune-up, with a light cleaning and polished. Colors are bright and pretty. Figure comes with the original Disney Certificate of Authenticity, which is the Menu pictured above.

Dick and his wife, were really amazed when they saw this piece. Dick has never really "seen" the penguins in-person. So this is really the only times he had seen them, in real life. In fact he wanted to know where he could get one. I had to tell him how rare and special this edition was and how small of an edition it is. The piece does come with 2 printed photos of Dick at the signing, framed and matted in a cool looking double aperture matt and solid wood frame. Autograph has also been authenticated by Beckett A uthentication , with the sticker on the bottom. Dick signed the piece with a Sharpie Black Paint Pen, so you won't have any problems with it fading. Comes with the Menu as the Disney Certificate of Authenticity. BONUS: Comes with a 11x14 inch Solid Wood Black Frame of the two photos of Dick at the signing.

So you can hang the pictures above the Penguin for your display. If you are traveling through Southern California this might work well for you. As a point of interest, we do have a Penguin production cel from Mary Poppins, that is signed by Dick coming in next months listings. This item is in the category "Collectibles\Animation Art & Merchandise\Animation Art".

The seller is "toon-city" and is located in this country: US. This item can be shipped to United States, Canada.