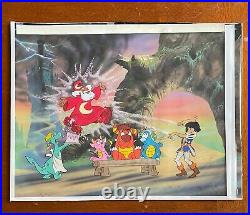 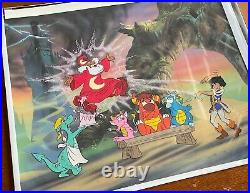 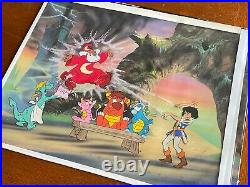 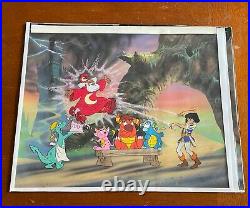 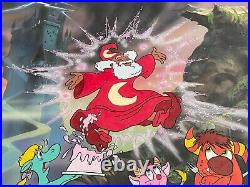 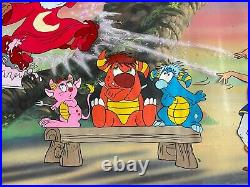 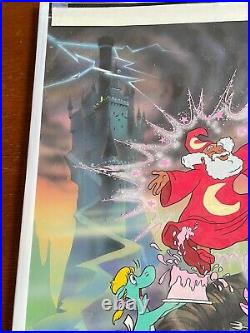 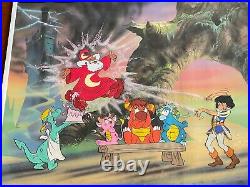 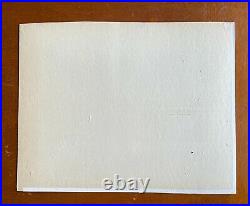 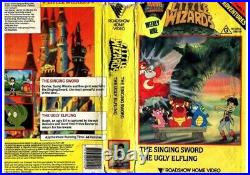 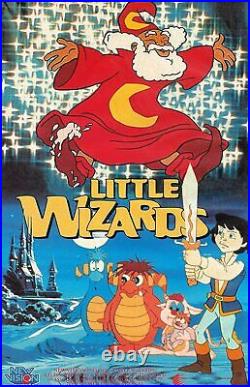 This listing is for an original presentation pitch board for the (1987) tv series Little Wizards by Marvel Productions Ltd. Condition : There is chipping in the cel layer where sections of the acrylic paint has bonded with the original background. Cels naturally flex due to temperature changes, but when they're stuck to a separate layer and start to flex, it causes chipping. Luckily, all the original chipped paint is still in the correct placement and if desired, could be repaired. This piece was entirely painted by the legendary. Who worked on many presentation pitch boards during his time at Marvel Productions Ltd. Dennis was also the background color key painter for. The image from this piece was featured on most of the published covers, products, and merchandise. We've included examples in the last two pictures of this listing for reference only. We acquired this piece from the recycling vendor of Marvel Productions Ltd who salvaged it directly from the studios archives. It is the only original artwork from this production that has ever surfaced.

The 1987 show "Little Wizards" was one of the few original properties Marvel Productions helped develop during their animation boom. The show followed Dexter, a young prince whose father, the former King, is dead. When the evil Wizard Renvick stole the throne and proclaimed himself King, Dexter fled to the woods and met his future teacher, the wizard Phineas. In addition to Phineas' dragon Lulu, the team was rounded out by three magical monsters Dexter accidentally created named Winkle, Gump and Boo. The show was created by the accomplished team of Len Janson and Check Menville, who had made a name for themselves for their series of short films that made use of stop-motion pixilation, most notably the Academy Award-nominated, Stop Look and Listen.

" By the time the team developed "Little Wizards" with Marvel they had already worked on a number of notable Saturday morning cartoons including "Star Trek: The Animated Series, " "The Smurfs, " and "The Real Ghostbusters. Please read the description carefully before committing to this item. This item is in the category "Collectibles\Animation Art & Merchandise\Animation Art". The seller is "homers0dyssey" and is located in this country: US.