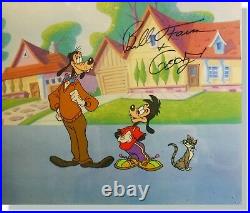 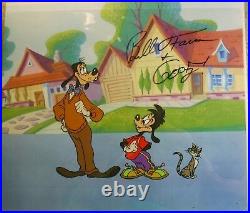 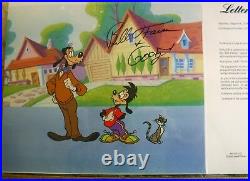 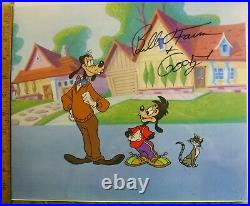 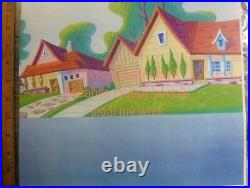 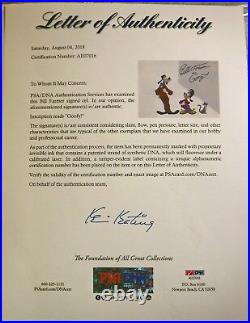 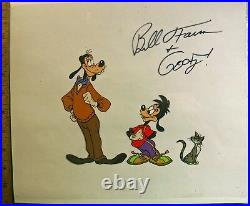 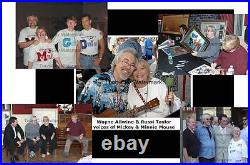 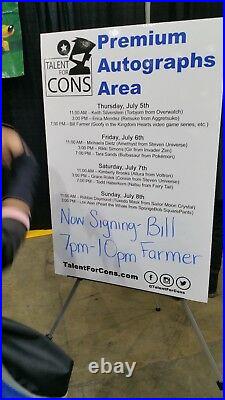 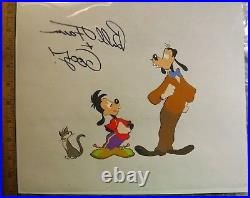 Goofy himself, measures 6 x 3.5 inches and is ALL hand painted. Comes with a 11x14 inch photograph. Great image of Goofy and Max standing in front of Mickey's House in Toontown. BONUS: We recently had an opportunity to meet Mr Bill Farmer, the voice of Goofy for over 35 years.

At the meet n greet, Bill was kind enough to autograph this cel. Please see the pic above. Bill really enjoyed see the hand painted cel, as they don't use cels anymore in Disney animation. Piece does comes with a PSA / DNA Letter of Authenticity. So your authenticity is guaranteed forever.

Also comes with a bonus background of Toontown for free. This great piece has everything a Goofy Fan could ever want. Truly a great one of a kind hand painted piece of art. BIO : Bill Farmer (born November 14, 1952) is an American voice actor and comedian. He has performed the voice of the Disney character Goofy since 1987, and is also the current voice of Pluto and Horace Horsecollar.

Farmer's very first voice over audition was for Goofy. When he auditioned for the voice, he studied the way the original actor Pinto Colvig performed as Goofy in the 1930s and 1940s cartoons.

He studied the hilarious laugh and the distinctive "gawrsh". He inherited the voice of Goofy (as well as Pluto), around the same time Tony Anselmo inherited Donald Duck, and Wayne Allwine and Russi Taylor did likewise for Mickey and Minnie Mouse, respectively.