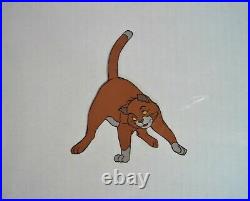 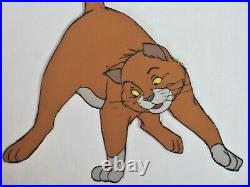 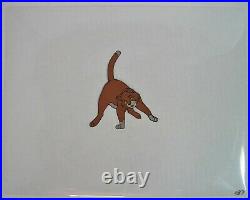 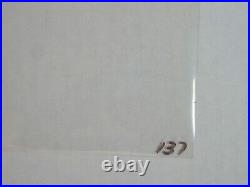 This original hand-painted animation cel of Thomas O'Malley, the film's male lead, was created in the Disney ink & paint department and photographed during the making of the animated feature. It appears in OMalleys second scene during his singing of his namesake song. This is where O'Malley's meets Duchess and her kittens on the morning after they are abandoned in the countryside by Edgar the butler. Studio designation "137" is written at lower right to indicate this cel's place in the scene. Certificate of authenticity is included.