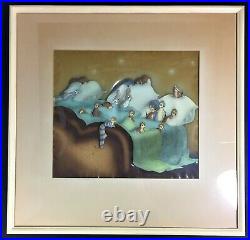 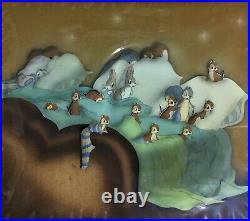 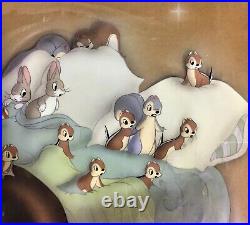 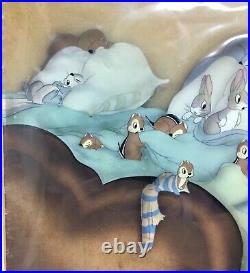 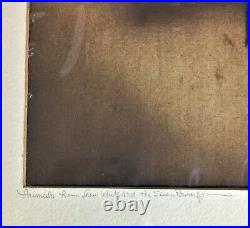 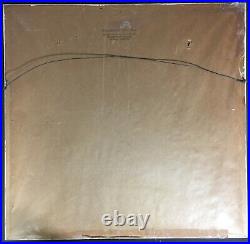 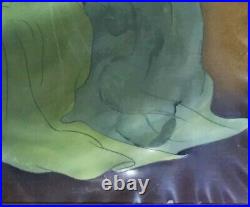 The overall frame size is 18.25 x 18.75 with a mat opening of 10.25 x 11.75. Dont know how much of the the original cel has been trimmed. Most of the Snow White cels available feature Snow White and/or one or more of the dwarfs. This cel really showcases how cute the Disney animators made these animal friends of Snow White and almost fills the whole cel. After spending the day helping Snow White clean the Dwarfs home, The animals join Snow White in taking a well-deserve nap.

In this scene, the animals awaken to the singing of the dwarfs as they approach their home. As you may recall, Snow White remains fast asleep. The cel itself appears to be in good condition considering its age. There is some paint cracking and separation on the blanket in the lower right corner (see photo).

The cel itself is a bit wavy, typical of these older cels. The original frame is in surprisingly good condition. The item "Disney Snow White Original Production cel Courvoisier Setup the Animals in Bed" is in sale since Wednesday, November 10, 2021. This item is in the category "Collectibles\Animation Art & Merchandise\Animation Art".