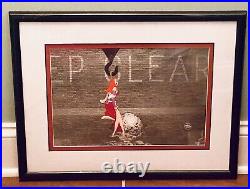 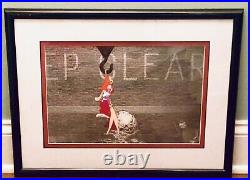 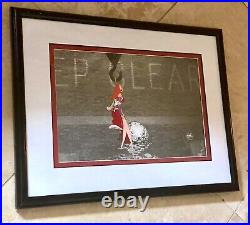 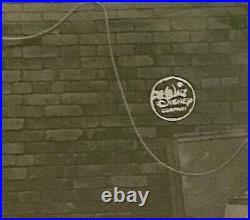 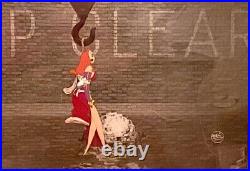 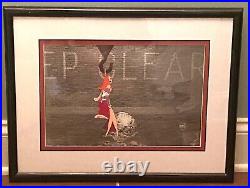 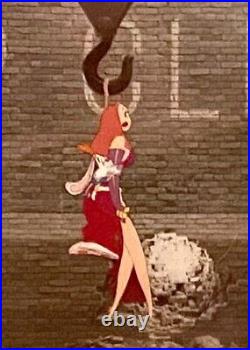 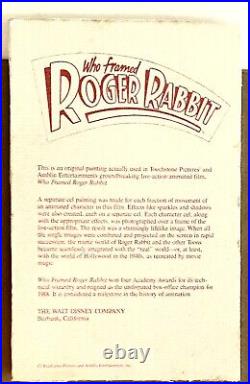 This is an original painting actually used in Touchtone Pictures and Amblin Entertainment's groundbreaking live action/animated film. A separate cel painting was made for each fraction of movement of an animated character in this film. Effects like sparkles and shadows were also created, each on a separate Cel.

Each character Cel, along with the appropriate effects, was photographed over a frame of the live-action film. The result was a stunningly lifelike image. When all the single images were combined and projected on the screen in rapid succession, the manic world of Roger rabbit and the other Toons became seamlessly integrated with the "real" world-or, at least, with the world of Hollywood in the 1940's, as recreated by movie magic. Won four Academy Awards for its technical wizardry and reigned as the undisputed box-office champion for 1988. It is considered a millstone in the history of animation.

This item is in the category "Collectibles\Animation Art & Merchandise\Animation Art". The seller is "904*arias" and is located in this country: US. This item can be shipped to United States.