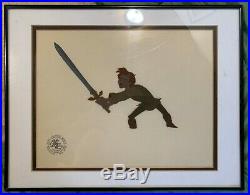 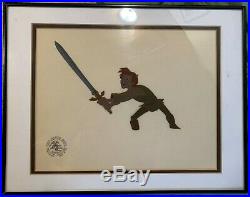 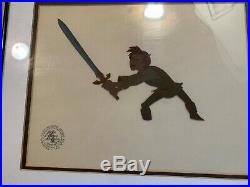 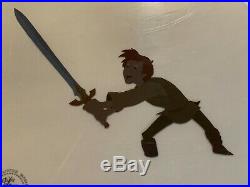 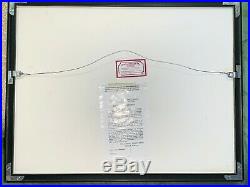 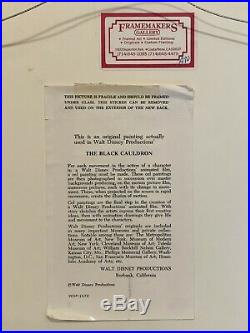 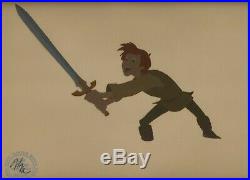 Disney's The Black Cauldron - Animated Production Celluloid Cel 1985. This is one of a kind - no others like it. It was actually used in the 1985 Disney film The Black Cauldron. The character is Taran, holding his newly-found sword - he measures about 7" x 9" (including the sword). This is an important scene in the film!!

Overall, the matted and framed piece measures 14" x 18". There is a certificate of authenticity for the celluloid affixed to the back of the frame. The glass does have some scratches (these look worse with the camera) a mark (which is near the right side, near middle of mat area) on the mat, and the frame could be replaced.

Please see pictures (the last picture is done via a scan), and ignore any glare from the camera. NOTE: unfortunately the photos I provided show a lot of glare, which looks like damage and lines to the celluloid. This is only from the camera. There is no discernible damage to the cell - there is a scratch - only on the glass - just above the character.