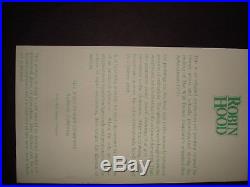 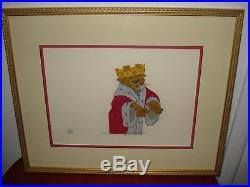 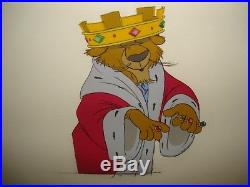 This is a PRODUCTION CEL of PRINCE JOHN from DISNEY'S 1973 Film ROBINHOOD. It was DISNEY'S 21ST Animated Film and was released on Nov. It is a LARGE CLOSE UP IMAGE of Prince John It has a Custom Gold Wood Frame and Matting and has Special UV GLASS to prevent fading.