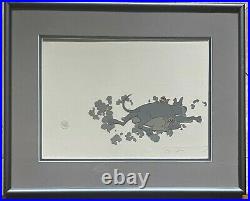 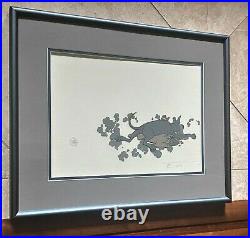 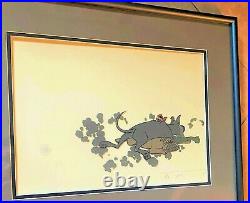 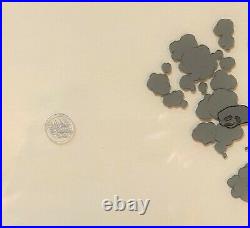 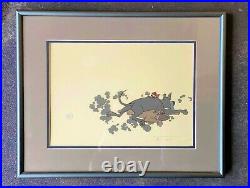 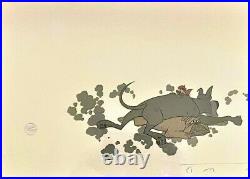 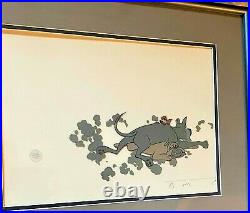 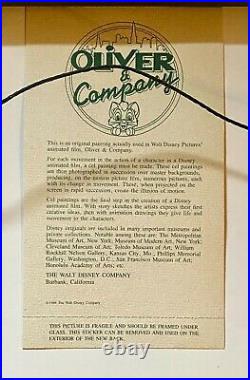 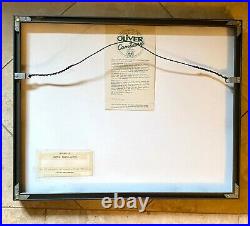 Is a 1988 American animated musical film produced by Walt Disney Feature Animation and released on November 18, 1988, by Walt Disney Pictures. The 27th Disney animated feature film, it is loosely based on the Charles Dickens novel Oliver Twist. In the film, Oliver is a homeless kitten who joins a gang of dogs to survive in the streets. Among other changes, the setting of the film was relocated from 19th century London to 1980s New York City, Fagin's gang is made up of dogs (one of which is Dodger), and Sykes is a loan shark. Following the release of The Black Cauldron (1985), Michael Eisner and Jeffrey Katzenberg held a pitch meeting with the animation staff, in which story artist Pete Young pitched the idea to adapt Oliver Twist with dogs.

The pitch was quickly approved, and the film quickly went into production under the working title Oliver and the Dodger. Released on the same day as The Land Before Time (1988), Oliver & Company was a box office success, but it received mixed reviews from film critics.

The film was re-released in the United States, Canada, and the United Kingdom on March 29, 1996. It was then released on home video later that same year, and again in 2002 and 2009 on DVD. The film was released on Blu-ray Disc in 2013, commemorating its 25th anniversary. On Fifth Avenue, several kittens are left in a box outside a shop. All but one, an orange tabby, are adopted. Wandering the streets by himself in search of someone to adopt him, the kitten meets a laid-back mongrel named Dodger, who agrees to help him steal food from a hot dog vendor. Dodger then reneges on the deal and flees with the hot dogs. The kitten pursues Dodger all over New York City. Dodger eventually arrives at a barge, where the kitten watches him share the hot dogs with a gang of poverty-stricken dogs (Tito the Chihuahua, Einstein the Great Dane, Rita the Saluki, and Francis the bulldog). The kitten accidentally falls into the barge, startling the dogs; however, while they are annoyed, none of them harms him.

Fagin, the bargeman and petty thief who owns the dogs, is indebted to Sykes, a nefarious loan shark and criminal. Sykes' two Dobermans, Roscoe and DeSoto, harass Fagin's dogs and threaten to eat the kitten, until he scratches DeSoto's nose, earning Fagin and the dogs' respect.

Roscoe warns that they will try to exact revenge. Through a theatrical ruse, the animals stop a limousine belonging to the wealthy Foxworth family, but the attempt to rob the limo fails, and the kitten is taken by the child Jenny Foxworth, who is missing her vacationing parents and desires a companion. She names him Oliver, and becomes very attached to him. Oliver makes himself at home in Jenny's house, much to the disgust of Georgette, the Foxworth family's spoiled, prize-winning poodle.

With her help, Dodger and the dogs manage to steal Oliver back from the Foxworth household, returning him to the barge. Fagin recognizes from Oliver's new collar and gold name tag that he had been adopted by a wealthy family, and desperately decides to hold Oliver for ransom. His anonymously written ransom note reaches Jenny, who sets out to get Oliver back at the pier.

Bothered by his conscience and Jenny's tears, Fagin gives Oliver back freely. Sykes, whom Fagin had informed of the deal beforehand, is watching from the shadows and kidnaps Jenny, intending to ransom her while declaring Fagin's debt paid.

Dodger rallies Oliver and the other dogs to free Jenny from Sykes, but Sykes and his Dobermans confront them as they attempt to leave. Fagin saves the group with his motor scooter, and a chase ensues throughout the streets and into the subway tunnels. Jenny falls from the scooter onto Syke's car; Oliver and Dodger go after her and battle Roscoe and DeSoto, who fall off the car and are electrocuted on the third rail of the subway.

Fagin leaves Tito to drive and saves Jenny, while Dodger and Oliver are thrown from Sykes' car onto the pavement of the Brooklyn Bridge just before an oncoming train strikes and kills Sykes. Tito drives the scooter to safety, and Jenny and Oliver are reunited. Oliver opts to stay with Jenny, but he promises to remain in contact with Dodger and the gang. This item is in the category "Collectibles\Animation Art & Merchandise\Animation Art". The seller is "904*arias" and is located in this country: US. This item can be shipped to United States.