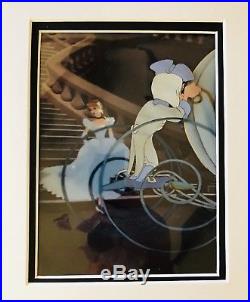 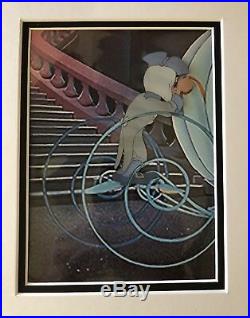 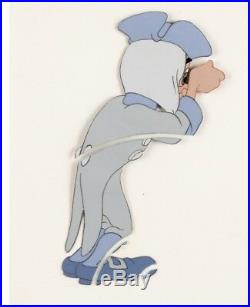 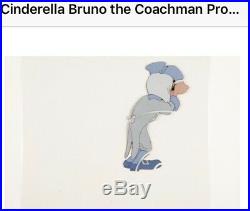 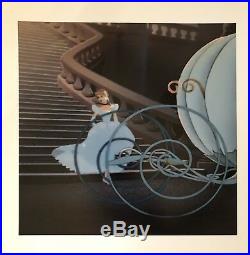 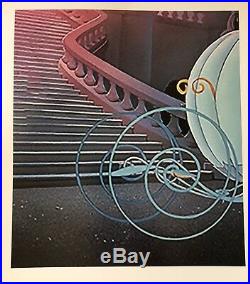 Cinderella Bruno the Coachman Production Cel (Walt Disney, 1950). Yes Bruno that's right, you'll be the coachman tonight... " Here's a rare character to find, Bruno the dog, who is transformed by the Fairy Godmother into Cinderella's Coachman during the "Bibbidi-Bobbidi-Boo segment.

Original hand-inked, hand-painted production cel of Bruno in human form, opening the coach door. Full figure image of 4" on a trimmed cel of 7" x 8. Matted with a mat opening of 8" x 6". Perfect for someone who has a Coach cel! I have included 2 printed backgrounds for you to use if you would like.