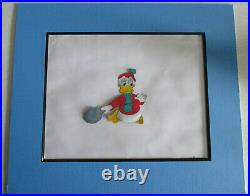 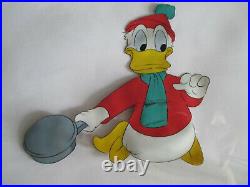 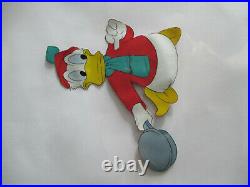 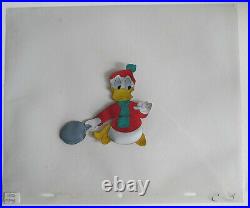 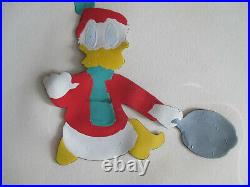 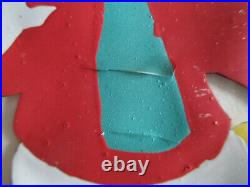 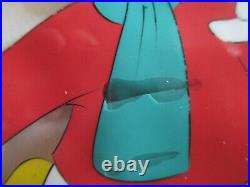 "CORN CHIPS" production cel (Walt Disney, 1951) Directed by Jack Hannah. Donald is shoveling the snow off his walk; Chip "n" Dale are shoveling their branch. Donald tricks them into shoveling his walk. Angered, they sneak into his house, where he's getting ready to make popcorn They've never seen this before, butthey love it.

They stow away in the box, then make of with the bowl of popped corn. The short subject was directed by Jack Hannah.

This piece is a hand-inked and hand-painted, 12 field production cel. The image of Donald Duck measures 4. The paint is cracked on the "scarf" nut not missing (see photos). That is the only damage to the cel. John Frederick "Jack" Hannah (January 5, 1913 - June 11, 1994) was an American animator, writer and director of animated shorts.

Hannah was honored as a " Disney Legend " in 1992. Jack Hannah is often credited with developing, if not creating, the personality of the animated version of Donald Duck. It is for this reason Disney historian Jim Korkis has dubbed him "Donald Duck's Other Daddy".