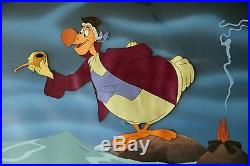 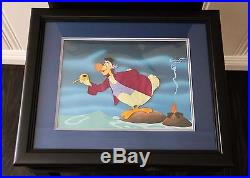 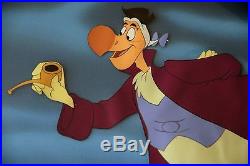 Framed with UV plexiglass and matted to an image area of 12" wide x 9" tall. Overall frame dimensions are 18.5" wide by 15.5" tall. Tiny speck of black paint missing from left eyebrow and top of hat, but barely noticeable. The item "Alice in Wonderland Dodo Disney Original Production Cel (1951)" is in sale since Thursday, April 5, 2018.