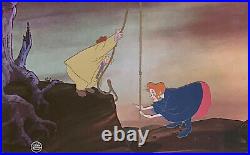 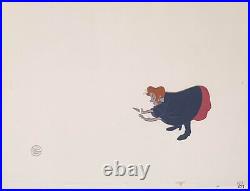 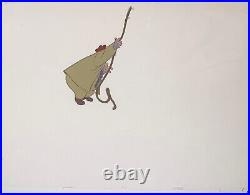 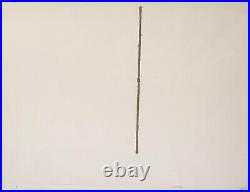 The film is based on a series of books by Margery Sharp, most notably The Rescuers and Miss Bianca. The 23rd film in the Walt Disney Animated Classics series, the film is about the Rescue Aid Society; an international mouse organization headquartered in New York; and shadowed the United Nations. The Rescue Aid Society, a mouse based group, was dedicated to helping abduction victims around the world at large. Two of these mice, jittery janitor Bernard (voiced by Bob Newhart) and his co-agent, the elegant Miss Bianca (voiced by Eva Gabor), set out to rescue Penny, an orphan girl being held prisoner in the Devil's Bayou by treasure huntress Madame Medusa. Early designs for Medusa were done by Ken Anderson, there were even discussions about bringing back Cruella deVil from "101 Dalmatians" as the villain; but that was eventually abandoned.

The character of Medusa was eventually created and although there are many similarities with Cruella thin build, similar cars, appear wealthy, bad tempers, cry upon realizing that they have lost, etc. , Medusa is still quite distinct with her wild red hair, sagging breasts, green eyes, and lots and lots of makeup. Her ultimate goal in the film is to possess the Devil's Eye, the world's largest diamond. Milt Kahl was given the task of animating Medusa and it is known that one his inspirations was his ex-wife. Kahl's brilliance in animation is really showcased with this character and many point to the scene where she is removing her false eyelashes as proof of his technical skill.

The next three paragraphs are from veteran Walt Disney animator Andreas Deja: "When Milt Kahl was asked in an interview if he had a favorite character he animated, his response was: "Oh I enjoyed a few, I just loved doing Madame Mim, Shere Khan was a lot of fun, and so were the butler and old lawyer in'Aristocats'. But I guess I enjoyed Medusa more than any one of them. His last animation assignment at Disney -just like Marc Davis's- was a tour de force of character acting. It was a "I'm going to give it all" feel to it. Marc told me that Milt promised him, Medusa will "wipe his Cruella off the screen". Then he added with a chuckle: "Of course that didn't happen". So there was definitely a friendly competition going on between these two great animators and their characters.

Milt sort of designed Medusa's features opposite from Cruella's. Cruella has small nose, Medusa's is longer. Cruella's hair parts in the middle, Medusa's off to one side. Cruella has a pointy jaw, Medusa is almost chin less etc. I have to admit, when I first saw Medusa in "The Rescuers" in a London theater, I couldn't believe my eyes.

So much inventiveness in her drawing and motion. How on earth can you show an animated character removing her make up?

Wasn't that something only a live actress could pull off... I have spent way too much time studying this character, on the other hand I think I got a lot out of it. Dialogue, graphic but dimensional drawing and just being gutsy in general. Snoops was Madame Medusa's business partner and her henchman. He was animated by the veteran Walt Disney animator Milt Kahl and voiced by Joe Flynn, an American character actor best known for his role in the 1960s ABC television situation comedy, McHale's Navy.

" He was also a frequent guest star on TV shows, such as "Batman, and appeared in several earlier Walt Disney films. Snoops was to be Flynn's last; he died on July 19, 1974 from drowning shortly after completing his performance in the film. From Walt Disney animator Andreas Deja. Brilliantly drawn and animatedly by Milt Kahl, his part in the movie The Rescuers is relatively small. This is due to the fact that actor Joe Flynn, who voiced the character, died in 1974 during production of the film.

Director Woolie Reitherman decided to build Snoop's role around the already recorded dialogue, instead of using a sound-alike actor for further development. Snoop's design is based on animation historian and teacher John Culhane. Milt had given a talk at his class in New York and was inspired by John's appearance. Snoops is one of many Kahl masterpieces. He is a chubby man, dressed in a baggy suit, wearing oversized glasses and 1970s platform shoes.

Milt took great care and delight in defining the character's bulgy anatomy. His arms are relatively short in contrast to his big pear shaped body. As in all of Milt's characters, Snoop's chubby hands are beautifully defined. They are worth studying frame by frame, because.

They are just plain fun to watch in slow motion. There is as much personality in these hands as there is in Snoop's expressions. This is an original production animation three cel setup of Madame Medusa, Mr. A wonderful image from a key scene in the film when Penny, with the aid of Bernard and Bianca, is successful in her second attempt to retrieve the Devil's Eye Diamond.

Penny calls up to Medusa; all the while being tossed around by the rushing water in the underground cavern. On the surface, Madame Medusa and Snoops are minding the rope tethered to a bucket holding Penny.

Medusa yells to Snoops, Faster, Snoops, faster! A fantastic scene in the film and a wonderful addition to any animation art collection! Measurements: Size - Madame Medusa: 3 3/4 x 5, Mr. Snoops: 4 1/4 x 3 1/2", Image 10 x 16". Condition: See pictures of the actual cels which are in excellent overall condition as shown above!