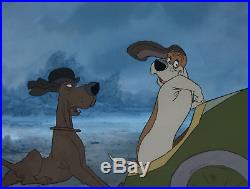 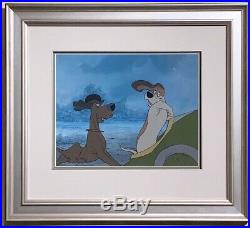 Step of the gas Napoleon! "The Aristocats, " 1970 is an animated feature film produced and released by Walt Disney Productions. This was the last film project to be approved by Walt Disney himself, as he died in late 1966, before the film was finally released to theaters by Buena Vista Distribution on December 11, 1970. "The Aristocats" featured the voice talent of Eva Gabor, Hermione Baddeley, Phil Harris, Dean Clark, Sterling Holloway, Scatman Crothers, and Roddy Maude-Roxby.

The film is based on a story by Tom McGowan and Tom Rowe, and centers around a family of aristocratic cats. It is Paris 1910 and Madame Bonfamille tells her lawyer Georges Hautecourt that she has decided to leave all of her stocks, bonds, mansion, treasures, jewels, and her entire fortune to her beloved cats rather than to her butler, Edgar Balthazar. When Edgar overhears this he fears the cats will outlive him, and that he will never see a penny of the inheritance.

He then realizes that he has to get rid of the cats; I'll be gone, no oh no... They'll be gone, he says. Edgar decides to put sleeping tablets into the cats milk and when they fall asleep, he takes them in a covered basket on his motorcycle far away from the city of Paris. The two dogs Napoleon a Bloodhound and Lafayette a Bassett Hound, were both animated by Frank Thomas.

The dogs were initially going to be in only one scene, but because it was so successful; a second scene was developed involving Edgar returning to the French countryside in order to collect his umbrella and bowler hat. Napoleon and Lafayette were voiced by Pat Buttram and George Lindsey, respectively. The two voice actors would later reunite in "Robin Hood" to provide the voices for the Sheriff of Nottingham and Trigger the vulture guard; and again in "The Rescuers" as Luke and Deadeye. The character of Edgar was voiced by Roddy Maude-Roxby, an accomplished English actor.

He was just wonderful in the role with the delightful snooty English butler voice, that could also morph into a scheming cunning timber perfect for a Disney Villain. This cel of Napoleon and Lafayette appears in the scene when Edgar first makes his appearance at their abandoned windmill site in the French countryside, in order to dispose of Duchess and her kittens. A hilarious chase scene occurs between the two dogs and Edgar riding his motorcycle with attached sidecar. This is a large, rare, and wonderful cel of an eyes and mouths open image of Napoleon pushing and running behind Lafayette riding in Edgar's side car. A great addition to any animation art collection! Measurements: Size - Napoleon, Lafayette, and Edgar's Motorcycle Sidecar: 8 1/2 x 14 1/4", Image: 11 1/4 x 14 1/4", Frame 21 1/4 x 23 1/2. Condition: See pictures of the actual cel which is in excellent overall condition as shown above! All items we sell are from a smoke-free/mold-free home/workplace and are in excellent condition unless otherwise noted. I own every work pictured for sale and I stand behind every item.