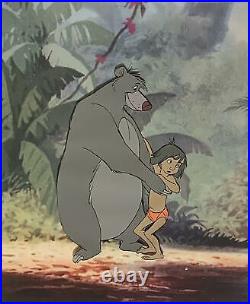 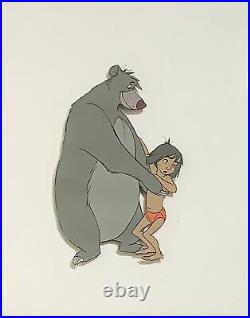 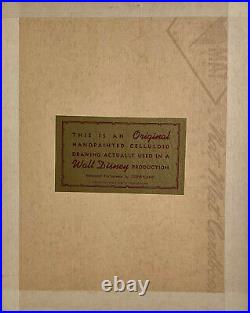 Pat O'Malley, Verna Felton, and the director's son, Bruce Reitherman, as the voice of Mowgli. "The Jungle Book" was released on October 18, 1967, with noted acclaim for its soundtrack that featured eight original songs: seven by the Sherman Brothers and one by Terry Gilkyson. Longtime Disney collaborator Gilkyson was the first songwriter to complete several songs which followed Kipling's book closely; however Walt Disney felt that the works were too dark.

All items we sell are from a smoke-free/mold-free home/workplace and are in excellent condition unless otherwise noted. I own every work pictured for sale and I stand behind every item. Please follow/bookmark me as a favorite and keep and keep checking back for more items for sale in the coming weeks. For now, please check out my other Drawings and Cels and other original modern and contemporary artwork for sale! The item "1967 RARE WALT DISNEY JUNGLE BOOK BALOO MOWGLI ORIGINAL PRODUCTION ANIMATION CEL" is in sale since Tuesday, January 5, 2021.