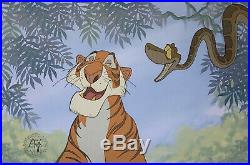 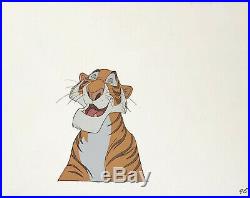 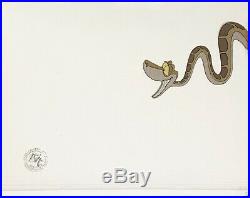 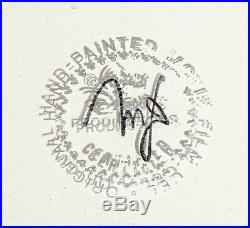 It's me, Shere Khan. I'd like a word with you if you don't mind. "The Jungle Book, " 1967 was the nineteenth animated feature film produced by Walt Disney Productions and inspired by Rudyard Kipling's book of the same name. The film was directed by Wolfgang Reitherman, it was to be the last film that was worked on by Walt Disney, as he passed away during its production. The film follows Mowgli, a feral child raised in the Indian jungle by wolves, as he encounters Bagheera the panther and Baloo the bear; who try and convince him to leave the jungle before the villainous tiger Shere Khan finds him.

The only piece of Gilkyson's work which survived to the final film, was his very upbeat song The Bare Necessities. The Sherman Brothers were then brought in to do a complete rewrite. Disney frequently brought the composers to the storyline sessions, and asked them to "find scary places and write fun songs" that fit into the story and advanced the plot. The popular success of the film in undoubtedly due to both the music and songs, that were primarily written by the Sherman Brothers. Wolfgang Reitherman began working for Walt Disney in 1934, along with future Disney legends Ward Kimball and Milt Kahl.

In addition, all three of Reitherman's sons Bruce, Richard, and Robert provided voices for Disney characters, including Mowgli in "The Jungle Book, " Christopher Robin in "Winnie the Pooh and the Honey Tree, " and Wart in The Sword in the Stone. " Not only did Bruce Reitherman provided the voice of Mowgli in "The Jungle Book, but he also acted out certain scenes as live action reference for the animators. The character of Mowgli was animated by quite a few animators, however Milt Kahl set the final design and the majority of Mowgli's scenes were animated by Frank Thomas and Ollie Johnston. Shere Khan, a Bengal tiger, is the main antagonist in the 1967 Walt Disney film "The Jungle Book;" an adaption of writer Rudyard Kipling's series of stories. Khan was voiced by George Sanders, a veteran actor with a deep bass voice and a heavy British accent.

According to Frank Thomas and Ollie Johnston from "The Disney Villain". The perfect choice for the voice was George Sanders, the complete cynic, who added the element of boredom.

With this voice, we could imagine a tiger who would kill without concern or effort. Sanders was asked if he would like a drawing of Shere Khan as a souvenir, to which he responded, I suppose so. " Asked further if he would like Walt to autograph it, he replied, "How utterly absurb.

Why would I want his signature? He might want mine, I created the character. The next two paragraphs are excepts from "The Disney Villain, " by Frank Thomas and Ollie Johnston. It is not often that true villains as unique as Kaa and Shere Khan confront each other. In "The Jungle Book" the meeting was not a a victim-villain relationship because thy had nearly equal strengths. It was more a game of keep away. Kaa will not admit that he has Mowgli hypnotized high in the tree as the tiger suspects. In a cold but polite manner Shere Khan tries to intimidate the crafty Kaa by suggesting,'I thought you might be entertaining someone up there in your coils. The tiger is almost unbeatable, but he is unable to find out if Mowgli is really up in the tree. Any other character would have been terrified by the treatment Kaa is receiving, yet the snake continues to be evasive. He is a slippery antagonist, withstanding threats and humiliation in order to keep Mowgli for himself. It is an entertaining standoff for these two powerful predators, but it is Mowgli who eventually wins the day. Milt Kahl, the great veteran Disney animator, was in charge of bringing Shere Khan to life and so of course Kahl set out on a crash course in tigers. Kahl said in an interview: I learned so much about tigers by studying them that I didn't have to rely on any life action crutch. " From Disney animator Andreas Dejas about the animation of Shere Khan, "Great perspective walk, and I love the way the tiger lies down, upper body first, then the rear. The way he moves those front feet is worth studying alone.

Kaa, which means "snake" in Hindi, is a python who is almost always hungry and is known for being persuasive and tricky. He lives mainly in the upper limbs of trees and has the ability to hypnotize other creatures through eye contact. Kaa is often seen pursuing Mowgli, in an attempt to devour the man-cub, and he was animated by both Frank Thomas and by Milt Kahl. Kaa was the second character who was originally voiced by Sterling Holloway, the first being Winnie-the-Pooh.

Holloway's voice is just so wonderful in tone and pitch, and it is hard to imagine any other person doing the character justice. Kaa is very similar to another snake character, Sir Hiss from "Robin Hood". The two share several traits as both use hypnosis, and both suck up to the film's main antagonist (Shere Khan in Kaa's case, and Prince John in Sir Hiss's case). Exceptions are that they are different colors, sizes, and Sir Hiss wears a cape and hat. This wonderful pair of original production cels are from one of the most memorable scenes in the entire film; when Shere Khan finds Kaa and tries to find out the whereabouts of Mowgli the Man Cub.

Shere Khan and Kaa are great large images, and both characters are eyes and mouth open. A spectacular setup of the evil tiger finding and getting ready to interrogate Kaa the python. It really does not get better!

The dialog for this scene is below. Shere Khan: It's me, Shere Khan. Shere Khan: Yes, isn't it? Forgive me if I've interrupted anything.

Measurements: Size - Shere Khan: 7 x 5 1/2", Kaa: 4 1/2 x 6 1/4", Image 10 1/4 x 15. Condition: See pictures of the actual cels which are in excellent overall condition, as shown above! All items we sell are from a smoke-free/mold-free home/workplace and are in excellent condition unless otherwise noted. I own every work pictured for sale and I stand behind every item.

Please follow/bookmark me as a favorite and keep and keep checking back for more items for sale in the coming weeks. For now, please check out my other Drawings and Cels and other original modern and contemporary artwork for sale! The item "1967 RARE DISNEY JUNGLE BOOK SHERE KHAN KAA ORIGINAL PRODUCTION ANIMATION CEL" is in sale since Tuesday, August 6, 2019.