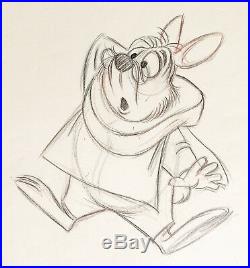 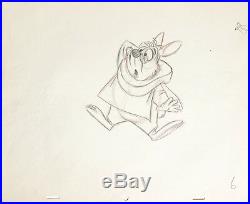 I'm late I'm late! "Alice's Adventures in Wonderland" (commonly shortened to "Alice in Wonderland"), is a 1865 novel written by English author Charles Lutwidge Dodgson who wrote under the pseudonym Lewis Carroll. Disney reworked the story to fit with both a younger audience and a time frame suitable for an animated film (it's run time is only 75 minutes). Kathryn Beaumont, who was born in London England, was just 10 years old when she was chosen for the voice of Alice.

Walt Disney personally cast Beaumont after seeing her in the film "On an Island with You, " in which the child actress had a small role. Disney was so impressed by her that she was also chosen to be the model for Alice, and would also go on to provide the voice for Wendy in "Peter Pan, " 1953. Beaumont has also reprised her voice acting role as Alice in two episodes of the animated series, Disney's "House of Mouse, " and as both Alice and Wendy in the video game Kingdom Hearts. She did not retire as the voice of Alice and Wendy until 2005, when her role for these two characters was taken over by Hynden Walch. The White Rabbit is one of the most well known and referenced fictional characters in Lewis Carroll's book Alice's Adventures in Wonderland.

" He first appears in chapter one, wearing a waistcoat, and muttering "Oh dear! I shall be too late! Alice follows him down the rabbit hole into Wonderland, and encounters him again when he mistakes her for his housemaid Mary Ann.

But most of the work was done by either Fred Moore or Ward Kimball; both of whom were wonderful at bringing this type of exaggerated character to life. The White Rabbit was voiced by American Radio and Voice Actor Bill Thompson. Thompson had an extraordinary career spanning from the 1930's until he passed away in 1971.

This is a rare and an exceptional original production animation drawing of the White Rabbit. He is full figure, eyes and mouth open, jumping in the air, and his right paw is on his forehead; that gives him a look of surprised exasperation. An absolutely beautiful piece of vintage Walt Disney animation art and a great addition to any animation collection!

Measurements: Size - White Rabbit: 5 1/4 x 4 3/4", Sheet 10 x 12". Condition: See pictures of the actual drawing which is in excellent overall condition as shown above!

The item "1951 DISNEY ALICE IN WONDERLAND WHITE RABBIT ORIGINAL PRODUCTION DRAWING CEL" is in sale since Wednesday, November 6, 2019. This item is in the category "Collectibles\Animation Art & Characters\Animation Art\Production Art".