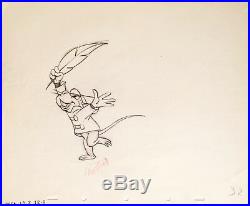 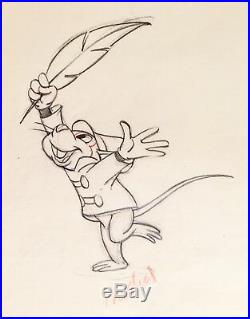 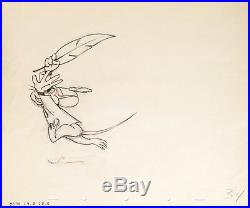 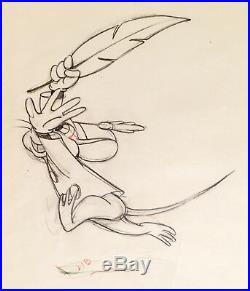 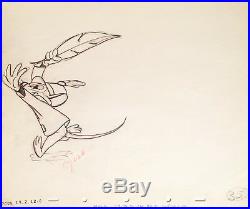 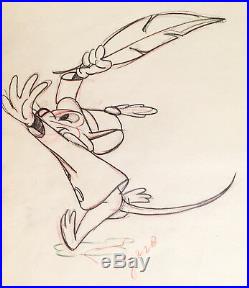 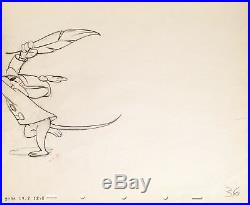 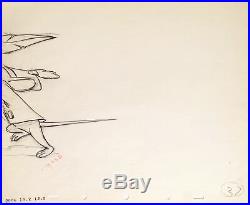 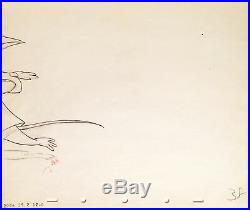 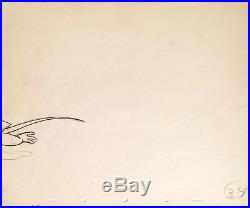 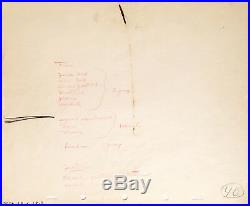 Mouse from "Dumbo, " 1941, Walt Disney Studios; Numbered 32, 34, 35, 36, 37, 38, 39, and 40 in pencil lower right; Production stamps lower left; Unframed. The Walt Disney full length feature film "Dumbo, " released in 1940, introduced to the world one of the greatest characters in the Disney pantheon, Dumbo the flying elephant! Dumbo was the only character in the film who never uttered a single word, and yet he is one of the most remembered Disney stars. All of his feelings were conveyed through body movements and facial expressions.

I was thinking in terms of humans, and I saw a chance to do a chracter without using any cheap theatrics. Most of the expressions and mannerisms I got from my own kid. There's nothing theatrical about a two-year-old kid. They're real and sincere- like when they damn near wet their pants from excitement when you come home at night.

I've bawled my kid out for pestering me when I'm reading or something, and he doesn't know what to make of it. He'll just stand there and maybe grab my hand and cry... I tried to put all those things in Dumbo.

Certainly the greatest theme of "Dumbo" was the wonderful friendship between the mute baby elephant Dumbo and his unlikely friend, a mouse name Timothy. Various Disney animators were involved with the creation and animation of Timothy Q. Mouse including Fred Moore, Wolfgang Reitherman, and Ward Kimball. Brophy was an American character actor, voice artist, and comedian; and he provided the voice for Timothy Mouse even though he was not credited in the film for the role. This is a rare and wonderful set of eight original production animation drawings of Timothy Q.

Mouse holding the Magic Feather. The Feather had been plucked by Jim Crow from one of his crow comrades as a way to boost Dumbo's confidence that he could really fly. Timothy is eyes and mouth open, running, and holding the "Magic Feather" in his right paw. A spectacular large image from this pivotal point in the film, and a great addition to any vintage Walt Disney animation art collection! Measurements: Size - Timothy Mouse (Largest Image): 6 1/4 x 6", Sheets: 10 x 12".

Condition: See pictures below of the actual drawings, which are in excellent overall condition, as shown by the pictures below! All items we sell are from a smoke-free/mold-free home/workplace and are in excellent condition unless otherwise noted. I own every work pictured for sale and I stand behind every item. Please follow/bookmark me as a favorite and keep checking back for more items for sale in the coming weeks. For now, please check out my other Drawings and Cels and other original modern and contemporary artwork for sale!

The item "1941 RARE DISNEY DUMBO TIMOTHY MOUSE PRODUCTION ANIMATION DRAWING SEQUENCE CEL" is in sale since Wednesday, January 23, 2019. This item is in the category "Collectibles\Animation Art & Characters\Animation Art\Production Art". The seller is "shadowline" and is located in Durham, North Carolina.