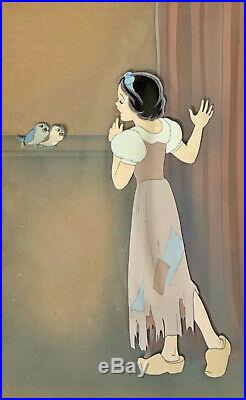 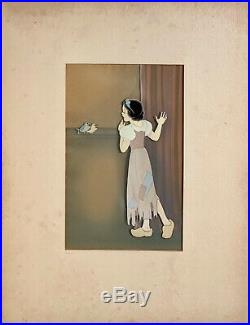 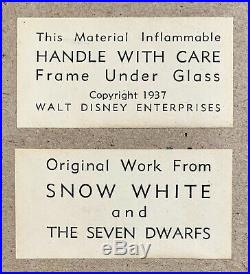 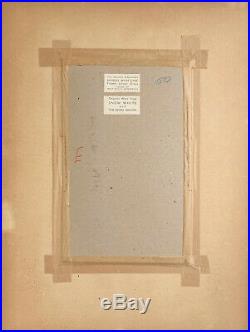 Both his brother and business partner Roy Disney, as well as his wife Lillian attempted to talk him out of it. The Hollywood movie industry mockingly referred to the film, while is was in production, as Disney's Folly. A large number of actresses auditioned for the voice of Snow White. Walt Disney listened to each audition in his office while the actress performed in another room, without any knowledge of the actress' appearance or reputation. This would insure that he would only judge based on the sound of the voice.

According to later accounts, most of the voices Disney felt, did not sound young enough. Eventually, in September of 1935, Adriana Caselotti was chosen for the voice of Snow White. Caselotti was eighteen at the time and made her coloraturo soprano sound younger, knowing that the character was intended to be 14 years old. In recording sessions Caselotti found difficulty in the line, "Grumpy, I didn't know you cared"; instead of "didn't", Caselotti was only able to say "din". After rehearsing the line many times, Walt Disney eventually said Oh, the heck with...

" and "din' remained in the final film. Snow White's design was supervised by Grim Natwick, an animator who had previously developed and worked on Betty Boop at Fleischer Studios.

It is interesting to note that early designs for the Snow White resemble Betty Boop, and some appear to be caricatures of famous actresses of the time. As development continued, Snow White became more and more lifelike. Another animator, Hamilton Luske's first designs for Snow White depicted her as a slightly awkward, gangly teenager. However, Walt Disney had a different idea in mind; he wanted Snow White to be older, and more realistic-looking. This was achieved by the use of live-action references for the animators. Also, in order for Snow White to better relate onscreen to the seven Dwarfs, it was decided that her head be slightly larger than normal.

In addition, the women in the animation studio's ink and paint department felt that Snow White's black hair was too unnatural and harsh, so they drybrushed whisps of light grey over the top of each and every cel. Measurements: Size - Snow White: 7 3/4 x 2 3/4", Image 10 1/2 x 6 1/2", Mat 18 1/2 x 14. Condition: See pictures of the actual cels, which are in excellent overall condition despite a minor crack in the left blue bird as shown above! All items we sell are from a smoke-free/mold-free home/workplace and are in excellent condition unless otherwise noted. I own every work pictured for sale and I stand behind every item.

The item "1937 RARE DISNEY SNOW WHITE SEVEN DWARFS COURVOISIER PRODUCTION ANIMATION CEL" is in sale since Wednesday, October 23, 2019. This item is in the category "Collectibles\Animation Art & Characters\Animation Art\Production Art". The seller is "shadowline" and is located in Durham, North Carolina. This item can be shipped worldwide.