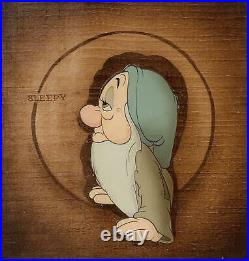 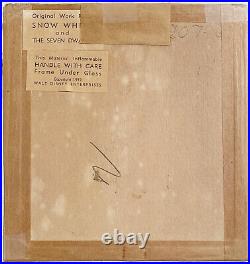 Both his brother and business partner Roy Disney, as well as his wife Lillian attempted to talk him out of it. The Hollywood movie industry mockingly referred to the film, while is was in production, as Disney's Folly. Measurements: Size - Sleepy: 4 x 2 1/4", Image 6 1/4 x 6". Condition: See pictures of the actual cel, which is in excellent overall condition as shown above! All items we sell are from a smoke-free/mold-free home/workplace and are in excellent condition unless otherwise noted. I own every work pictured for sale and I stand behind every item. Please follow/bookmark me as a favorite and keep checking back for more items for sale in the coming weeks. For now, please check out my other Animation Drawings and Cels and other original modern and contemporary artwork for sale!