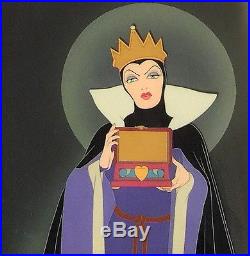 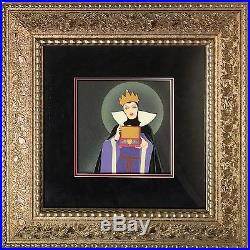 After a long and difficult four years, on January 13, 1938, Snow White and the Seven Dwarfs made its New York premiere at Radio City Music Hall. The film ran for five weeks in a row, the first motion picture to do so, and it could have played longer if not for prior commitments of the venue. It was to be the theatres' most successful engagement in all of the 1930s. The film was loved by everyone and Disney, along with his animation team, had managed to make an animated film that the audience would believe!

The crowd would be sad and cry when Snow White bit the apple and was placed in a glass casket; and they would laugh, smile, and be happy during the song and dance numbers with the Dwarfs. However, Disney was criticized by some for making a very scary film for children. When the movie was played at Radio City Music Hall on its first release, the theater managers had to replace the music played when Snow White runs into the Dark Forest; because they were nervous that the kids would be too frightened upon hearing it.

Snow White's run into the Forest had another result; young children were still so scared by the sequence, that they wet their pants. As a result, the velvet upholstery of each and every seat held by a child, had to be replaced prior to every showing of the film. The Walt Disney film's version of the Evil Queen changing into an Old Hag is very different compared to the original story. In the Disney version, the Queen uses her dark magic powers to actually transform herself into an old woman instead of just taking on a disguise; as in the Brothers Grimm story.

Walt Disney's response to the idea that the film was too frightening for children was, I do not make films primarily for children. I make them for the child in all of us, whether we be six or sixty. This may have been his statement, but he never made another film with such a scary villain. Every film after Snow White had the main villain accompanied by a comedic sidekick; such as Maleficent and her Goons, Cruella de Vil with Horace and Jasper, or Medusa with Snoops. The Evil Queen, one of the greatest Walt Disney animated villains of all time, was animated by the famous Disney animator Art Babbitt.

Babbitt was already an accomplished animator prior to working on Snow White. " He was known for creating the character of Goofy and for his work on "The Country Cousin, which won an Academy Award for the Disney Studio in 1936. The villain for Snow White was the Evil Queen; which Walt Disney and Joe Grant (Walt Disney character designer and story artist) had conceived as a blend of Lady Macbeth and the Big Bad Wolf, as well as traits inspired by actresses Joan Crawford and Gale Sondergaard. Refinement of the Queen was done by animators Grim Natwick and Norm Ferguson; however the actual animation of the Queen fell to Babbitt. Rotoscoping, a technique used in animation whereby live actors are used to portray the characters and then animators trace over the footage frame by frame; was not used as much on the Queen as it was for the character of Snow White. Babbitt preferred to avoid rotoscoping and instead draw the character free hand. It has been stated that you could wallpaper a room with just drawings that Babbitt made just of her mouth and eyes; because all of the Queen's emotions came through her face. The Evil Queen, wonderfully voiced by veteran stage actress Lucille La Verne; holds a place in history as being the first character to ever speak in a full length animated film. This is an absolutely stunning original production animation cel of the Evil Queen holding the Heart Box. It is from the scene after she ordered her Huntsman to kill Snow White and then, as proof, bring back her heart in a bejeweled box that the Queen gave him.

The Huntsman is unable to kill Snow White, but the Queen is unaware of this, and she goes before her Magic Mirror to ask Who NOW is the fairest one of all? " When the Mirror replies that Snow White is the fairest one of all, the Queen holds up the box and opens it's lid stating, "Snow White lies dead in the forest. The Huntsman has brought me proof. This is a beautiful eyes and mouth open cel of the Evil Queen holding the Heart Box; and certainly it is one of the most desirable cels to own by any Walt Disney, Snow White, or Villains collector!

The item "1937 DISNEY SNOW WHITE EVIL QUEEN HEART BOX ORIGINAL PRODUCTION ANIMATION CEL" is in sale since Friday, June 8, 2018. This item is in the category "Collectibles\Animation Art & Characters\Animation Art\Production Art". The seller is "shadowline" and is located in Durham, North Carolina. This item can be shipped worldwide.